Alissa Musto’s desire to perform began at four years old, begging her father, a professional musician, to take her to work with him. They struck a deal—if she learned to play the piano, Alissa could join. Less than a year later and equipped with a wooden block to reach the pedals, Alissa won her first piano competition performing Beethoven’s Moonlight Sonata.

Alissa grabbed the attention of local talent shows, NBC’s Spotlight on the Student Artist series and the national television show, “”America’s Most Talented Kid””. Raised in Massachusetts, Alissa juggled her academic schedule with her musical aspirations. Racking up local and national honors including “Piano Act of the Year”” in the nationally-airing Wonderworld TV Golden Ribby Awards.

Dubbed a “”Rising Star of Jazz”” by FirstWorks, Alissa was also asked to open for trumpet legend, Wynton Marsalis at the Veteran’s Memorial Auditorium and signed on to the SuperCuts Rock the Cut national campaign for upcoming artists. One of six participants from over 4,3000 entries, Alissa was also selected for the House of Blues Bringing Down the House Class of 2015 and chosen as as the winner of the Justine Magazine Talent Search. In 2016, Alissa was crowned Miss Massachusetts and competed in the Miss America pageant in Atlantic City, placing as a top 15 finalist.

During her year of service, Alissa continued the music education efforts she implemented as Miss Tri-County 2015 and Miss Cambridge 2016: bringing music programs into at-risk schools and speaking to students and community leaders throughout the Commonwealth about the benefits of arts education. As Miss Massachusetts, Alissa appeared on numerous news and radio shows, was honored by the Massachusetts House of Representatives, her hometown Board of Selectmen and the Massachusetts Governor’s Office, and participated in dozens of speaking and appearance engagements at galas, award shows, fundraisers, schools, hospitals, club meetings and her personal favorite, the 116th annual Boston St. Patrick’s Day Parade, the largest St. Patrick’s Day celebration in the country. Funded by the scholarship money she earned through the Miss America Organization, Alissa earned her Master of Music from the University of Miami’s Frost School of Music and has been published multiple times in the Berklee Music Business Journal. Alissa has graced stages across the northeast and beyond including the House of Blues, the Hard RockCafe, Foxwoods Resort & Casino, the Rhode Island Convention Center, the Wang Theatre, Boston’s prestige hotels, restaurants, universities and events for corporations, charities and political candidates. She has maintained long-term weekly residencies in the region’s premiere venues and is a preferred entertainer within New England’s top agencies.

As a piano entertainer for Billboard Onboard, the pop piano show aboard Holland
America’s luxury cruise ships, Alissa has dazzled audiences around the world. 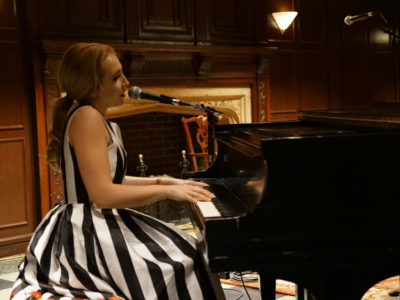 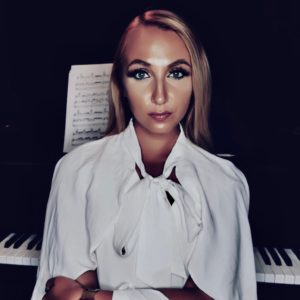 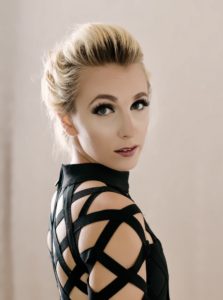