On stage Rebecca’s charismatic personality and her musical diversity ensures a spectacular performance. Having already spent three years sailing the high seas exciting audiences across the globe, she continues to bring dazzling entertainment to cruise ships.

Originally from the North East of England Rebecca Mills is a highly accomplished harpist with a wealth of experience. She is an internationally renowned soloist and recording artist, and her already versatile career has enabled her to collaborate with other singers and songwriters, such as Charlotte Church, Lesley Garrett and Katherine Jenkins. Notable performances include the 60th Birthday Celebrations for HRH the Prince of Wales at the Royal Opera House in Covent Garden, London.

International soloist and recording artist, Rebecca’s most recent TV appearance was playing the harp as character ‘Winona’, and seen by more than 10 million viewers on Coronation Street.

Classically trained, Rebecca was awarded a place at the prestigious Chetham’s School of Music and continued her studies at the Royal Northern College of Music in Manchester. Rebecca has dedicated her life to the instrument and as an enthusiastic harp teacher, she shares her passion for the harp with her many students. Rebecca has recently returned from living in Bangkok where she was appointed to teach the harp by the Thai Royal Family.

The charity ‘Music in Hospitals’ also recognises Rebecca’s outstanding contribution to the music in healthcare industry as she frequently gives concerts for patients throughout the UK. 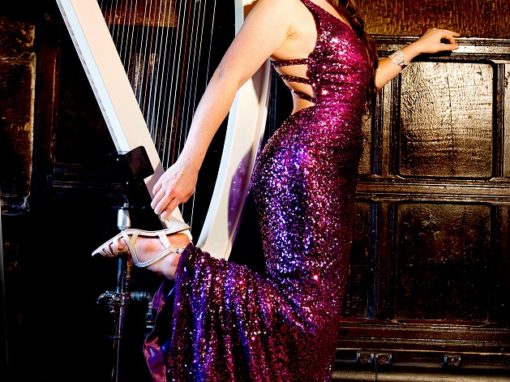 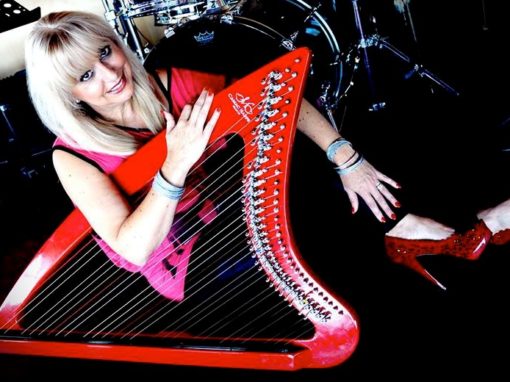